Nicaraguan cigar factories keep it in the family

Part of the success of Nicaragua’s thriving cigar industry is a carefully honed mystique of family: how the clannish industry was forged and maintained by a handful of fathers, sons, cousins, brothers — and sisters and mothers, too.

With more than 50 factories, large and small, the industry is centered around the northwestern city of Esteli.

Production by mostly family-run businesses here made Nicaragua the biggest exporter of cigars in 2018, its exports of more than $255 million surpassing those of the Dominican Republic and Honduras.

That success is largely due to the stubbornness and work ethic of a few founding fathers whose sons and daughters are now in charge.

“It’s a family business,” said Jorge Padron during the recent Nicaraguan cigar festival, when Esteli shows off its highly prized aromatic cigars to aficionados from around the globe. “I have the title of manager, but many of us, including brothers and cousins, take responsibility for it at various levels.”

Jorge took over from his father Orlando, founder of the “Padron” brand.

“We have been working in this business since we were children,” he said. “It made things much easier to ensure continuity after the death of my father in December 2017.”

At the My Father’s Cigars factory, the refrain is the same: “We have no grand titles in the company, we are a family,” said Janny Garcia, one of a growing number of women making their voices heard in the industry.

As she speaks, her father Jose — or “Don Pepin,” as he likes to be called — leads a tour of his huge flag-stoned factory, situated on the edge of the Pan-American Highway that passes through Esteli.

Like many of the founding fathers of Nicaragua’s cigar dynasties, Don Pepin and Orlando Padron came over from Cuba, whose Havana-puffing revolutionary leader Fidel Castro saw cigars as a key source of foreign currency.

The pioneers brought their cigar-rolling know-how — and sometimes some tobacco seeds from the motherland — to the receptive soil of the Nicaraguan highlands.

Don Pepin left the communist-run island in 2001 to found his own empire in Miami and Esteli.

Now 70, the patriarch has brought in his son Jaime, daughter Janny and son-in-law Pete Johnson to run the business as together a united clan — one that cultivates a culture of secrecy alongside their products.

Two other Cuban exiles, Simon Camacho and Juan Francisco Bermejo, set up the oldest of the Esteli factories, Joya de Nicaragua, in 1968.

Fleeing from communism, they came to the attention of Nicaragua’s right-wing dictator Anastasio Somoza a decade later.

The story goes that Somoza was offered one of their cigars — by none other than United States President Richard Nixon during a 1971 visit to the White House. Nixon, like the rest of America’s cigar smokers, was deprived of Cuba’s high-quality Havanas because of the US embargo.

Cuban cigars may easily outsell the lesser-known Nicaraguan product in Europe, but Nicaraguan brands have taken advantage of the crippling US embargo on Cuban products to sell to a market which accounts for half of world consumption — a circumstance from which Esteli and its families have benefited greatly, increasing exports to the US by 40 percent in a little over a decade.

Nationalized by leftist Sandinista revolutionaries between 1979-1990, the historic factory of Joya de Nicaragua is today run by Juan Martinez, after his father Orlando restored the company to family ownership.

In Esteli, these family sagas are carefully staged and part of the marketing arsenal. Rare indeed are the factories that do not showcase a founding father or grandfather — though sometimes the real stories about these forebears are as ephemeral as a spiraling swirl of cigar smoke.

These values of family solidarity are extended to the workforce, who are mostly specialized employees whose loyalty must be ensured.

Paid up to $350 a month — well above average for the troubled Central American country — thousands of employees benefit from free transport, daycare and schools for their children, workers’ canteens and even clinics.

“We take care of our people,” the bosses say. 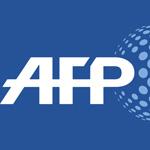 (AP) — The two mothers walked shoulder-to-shoulder ahead of a casket...
Read more

Twenty-five properties, between 5 and 1,500 manzanas (hectares), have been invaded...
Read more